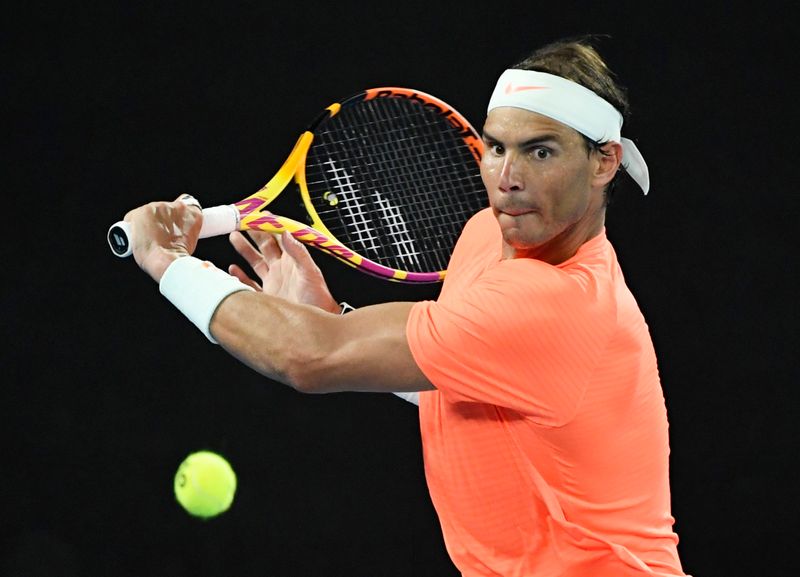 (Reuters) – World number three Rafa Nadal says he is fully fit and confident about his preparations as he begins his claycourt season at the Monte Carlo Masters, with one eye on the pursuit of a 14th French Open crown.

The Spaniard has not played a competitive match since his Australian Open quarter-final loss to Stefanos Tsitsipas, having skipped a series of tournaments due to a back injury sustained in Melbourne.

Chasing a record-extending 12th title in Monte Carlo, Nadal has been awarded an opening round bye and will open his campaign in the second round against either Federico Delbonis or Adrian Mannarino.

“An important part of the season has arrived for me,” Nadal, 34, told a news conference on Sunday.

“I think I did the right work to be ready. I’m happy the way that I am playing, for the moment my body is in good shape.

“I am confident. I’m practising well these couple of days here in Monaco before the tournament starts. So I feel ready.”

The 20-time Grand Slam champion is not the only member of the Nadal family to make the trip to Monte Carlo this week, with his uncle and former coach Toni travelling to the Principality as the new member of Canadian Felix Auger-Aliassime’s coaching team.

“He knows a lot about this sport,” Rafa said. “I am sure that it’s going to be an important help for Felix.”

Toni, 60, decided to step down as Rafa’s coach in 2017 and concentrate on running the Rafa Nadal Academy in Mallorca.

Ahead of the 2021 season, Auger-Aliassime spent more than a week training at the academy and approached Toni to join his team.

“I am happy for Felix. I am happy for myself, too,” Nadal said. “I am happy to see my uncle here, see him here, spend time with him here on the Tour again. That’s a positive thing.”